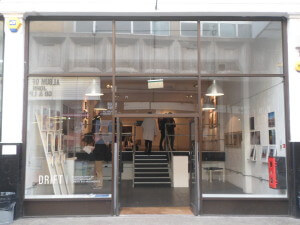 Looking back on this year’s Urban Photo Festival (UPF), it appears that the genre known as Street Photography has been given something of a shakeup.  The festival’s packed out and wide-ranging events came to a close at the end of October (including but not limited to numerous London based exhibitions, a two day Tate Britain conference, guided walks, seminars, discussions and photography master classes), with debates about the purpose and potential of the genre resonating with many who attended.  While an expansive, forward looking conception of Street Photography caused a few people some consternation, others found their perceptions positively challenged, leaving them inspired to further reflect on the topic of Urbanism and their own output.  As Paul Halliday (the creative director of UPF) stated, the intention of the festival was to “push the boundaries beyond traditional notions of what counts as ‘street photography’” and “explore how artists, photographers and urbanists might rethink how they approach the street.”

For many the term ‘Street Photography’ conjures up pictures of strangers caught in chance altercations; the spectacle of the busy street with its fleeting joys, frustrations and absurdities.  Nick Turpin is one such photographer adopting this more conventional approach to his work.  His shooting method is instinctive, unplanned and revelatory: “there is no specific subject matter and only the issue of ‘life’ in general” he says.  “[The photographer] does not leave the house in the morning with an agenda and he doesn’t visualise his photographs in advance of taking them.”  However, despite the fascination of the public spectacle and the insights it can provide, it seems that this singular concept of Street Photography now runs the risk of becoming irrelevant.  As Michael Sweet despairs, the practice is now inundated by “hundreds of thousands of dull, hackneyed images of random strangers”.  The genre, he argues, tends to lack a critical eye, with social media encouraging the notion that each picture taken is a potential piece of art worthy of attention. 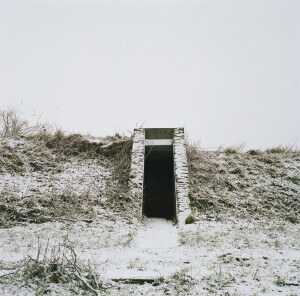 Responding to the current challenges facing the practice of Street Photography today, UPF15 was inspired to rigorously investigate and expand its significance beyond a single methodology or philosophy.  The Drift exhibition was one example of such an attempt, located at the Truman Brewery just off busy Brick Lane.  Here a stunning variety of works were on display, all in their different ways responding to the notion of the urban environment; how we shape it, how it shapes us, how it is experienced and represented.  Carlo Navato’s series Spaces of Otherness was mysterious, sparse and beguiling; images at the crossroads of past, present and future.  Engaging with Michel Foucault’s idea of ‘heterotopia’, these places can be described as being ‘neither here nor there’, and of having a psychological as well as a spatial dimension.  Navato describes the series as shot in “a classic ‘edgeland’ – a space outside the confines of town or city, but urban in that man has had a significant hand in its development.”  His photos, rural land with remains of human influence, illustrated in their referents (a road sign, a wind sock, an entrance to an ex-military site) the way spaces change over time; how the rural slowly succeeds to the urban and how sometimes nature gets its sovereignty back.

Beatrice Tura’s series Terra Firma also challenged the conception of the city as a fixed, un-yielding concrete colossus.  Like Navato, she sees the urban environment as transitional, in dialogue with its inhabitants; pavements as altered by the thousands of tramping feet as we are shepherded by its streets.  Tura demonstrates an abstract, unconventional approach to the urban by taking extreme close up shots of anonymous streets; gum and paint marked pavements; the edges of new tarmacked paths rising up against old concrete ones; change, erosion, “the constant movement of the urban soil.” 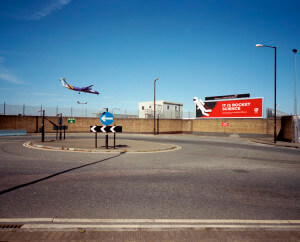 A lot of the work of the festival challenged me to consider that, while it is difficult to think of photography as providing more than a visual experience, urban life itself is not dominated by one single sense.  Remove the plethora of smells from the streetfood stalls and curry houses along Brick Lane, the bustle of the crowds and sounds of street musicians, and you become blind to at least half the experience.  It is this fact that Kevin Fitzgerald seeks to elucidate in his series Audiographies.  As well as questioning our visiocentric society, he encourages the viewer “to not only reconsider the relationship between the aural and visual but the relationship between all the senses.”  Sound, it is easy to forget, helps shape our understanding of what we perceive; informing us further about a thing’s quality or nature.  Photography as a representational tool can imply sound but it cannot embody it.  Fitzgerald highlights the aural by drawing our attention to its absence; abstracting his images from a wider context and de-engaging our visual sense.  His photos ask the viewer to fill in the blanks, “to see with their ears.”  You wonder, looking at his images, where you are, what you are seeing.  He challenges us for example with a close up of the corner of a room; a shot of a window indoors with no view and few discerning features.  Sound, you realise, is the sense missing which would allow you to ‘see’ your environment; filing in the gaps of your awareness vision cannot grasp alone (the sound of cars on the busy street below your window, for example).  It is our metaphorical blindness to the images which forces us to acknowledge this.

Another compelling exhibition over in south London which investigated the effect of the aural sense in urban life was Retention, by artists Anne Zeitz and David Boureau.  This immersive piece was installed at the Old Police Station in Deptford and was a contemporaneous work replicating the soundscape of the Mesnil Amelot 2 detention centre.  Based in Paris just north of the Charles de Gaulle airport, it currently holds hundreds of illegal immigrants.  Using a quadriphonic speaker setup, the soundscape of the detention centre filled the room, consisting of the all-consuming roar of the airplanes that pass daily over the detainees’ heads, interspersed with radio communications between pilots and the control tower.  In a visceral way, it reflected the oppressed state of the immigrants inside the centre.  Not only are they aurally subjugated by the noise of the passing planes, but they are reminded of their lack of physical autonomy as other people pass freely overhead.  Reinforcing their plight was the visual exploration Cartographies of Fear #1, which portrayed the different ways in which migrants interpret and experience their new (often hostile) urban surroundings. 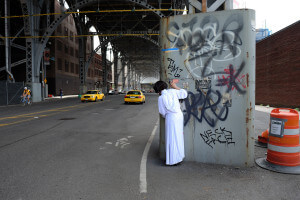 Moving on to the 71a Gallery in Shoreditch, the exhibition Streetopolis consisted of a range of work from across the globe, providing examples of the urban from Russia to New York, Copenhagen to Jakarta, and Atlanta to Paris.  The artists’ responses to the idea of “streets of the world” were varied, creative and incisive.  Rather than simply documenting the urban environment, they sought in their different ways to draw out its contradictions and complexities.  Rebecca Locke’s series We Are Paper, We Are Celluloid, We Are Digital, showed her wandering New York City in the guise of Princess Leia, her fantastical appearance contrasting with the banal realities of the city.  With New York being synonymous with film, these images raised questions about how the urban environment helps to shape identity, as well as asking how our media-induced fantasies might isolate us from the real world in front of us.

A number of other artists’ work explored the clash between the natural world and the urban milieu.  Michael Frank’s photographs from his series Tiger Schmiger responded to the rise in sightings of strange beasts and big cats in our increasingly urbanised world.  These sightings, often imaginings, are what Frank believes to be the result of “ecological boredom”; our secret yearning for the wild in our over-developed, insulated modern landscape.  These still night-time shots evoke an apprehension, as if waiting for something to crawl into our city streets at any moment.  Peter Coles riffs on similar themes in Urban Forrest, Paris, with his moody monochrome photos of enclosed lone trees, fenced off and isolated amidst the concrete jungle.  They appear forced into submission by the city, dominated over by the surrounding buildings as if the urban had gained ascendency over the natural world. 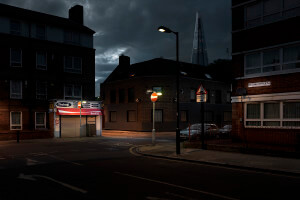 The festival rounded off its 6 day photographic odyssey at The Greenwich Gallery, with a private view of Framing Urban Narratives, the last exhibition of the festival.  Showcasing the work of 10 recent graduates from Goldsmiths University, it expounded on contemporary urban topics such as homelessness, regeneration, the environment and community.  The gallery also hosted the closing reception, and everyone was left to toast their collective hard work with drinks and a (stoically optimistic) BBQ.   Having covered an extraordinary breadth of work and engaging with a host of critical approaches, the festival resulted in some challenging and fascinating debate, as well as producing a slew of striking photography.  Deconstructing assumptions about what Street Photography is ‘supposed’ to be, it re-evaluated the practices importance in our changing modern world, as well as suggesting the genre’s potentialities.  Reiterating what was clearly demonstrated in the numerous exhibitions was Paul Halliday’s comment that “people can interpret what the street means to them.  They can come at it from a range of perspectives and approaches.”  Which they indeed did, intelligently and with aplomb.