The London Photography Diary is pleased to present our first exhibition, The Physical Fabric of Cities, at Carmel by the Green. This exhibition originated as an Open Call with the theme ‘Regeneration’. Organized by former London Photography Editor Maria Depaula-Vazquez.

The Physical Fabric of Cities

For hundreds of years, capital and power have flowed through London, shaping its streets, structures, and societies. The fortune and character of different areas have ebbed and waned, depending on the politics and policies of the day, and the cultural life of the people who call the city home. Urban regeneration, for some, is about breathing new life into an area which has long been neglected or forgotten about by the wealthy and powerful. But for those already living in these areas, who face being swept out of their neighbourhood by these ‘winds of change’, regeneration means something entirely different. In biological terms, regeneration refers to the formation of new plant or animal tissue – the reparation and binding, rather than dispersion, of life. 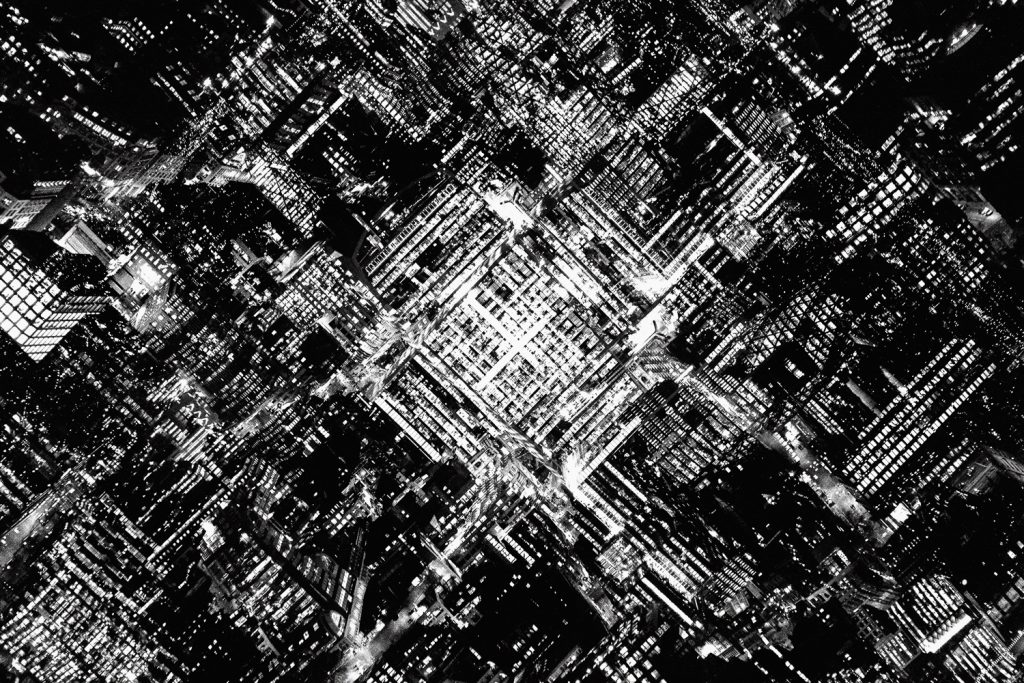 Lewis Bush is a photographer, writer, lecturer, and curator based in London. His work explores the role that photography plays in the uneven distribution of power in our world, whether that be political, economic, or military, and explores the possibility of using photography as a means to challenge those who hold power.

The ‘metropole’ was a term once used to describe London in its relationship with the British Empire, a relationship hierarchical and unequal, with power radiating out from the metropolitan centre, and the resources of the dominions radiating back in return. A composite of numerous nighttime walks through the city, Metropole records the effect of this capital influx on London by documenting its numerous new corporate high rises and luxury residential blocks as they are constructed and occupied. 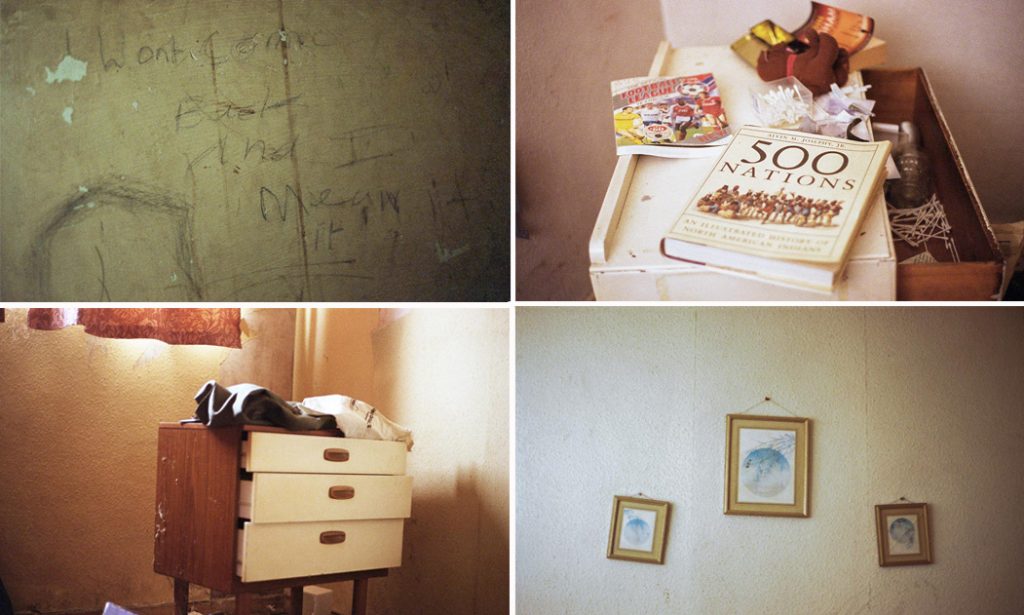 Victoria Jouvert, I wont come back, 2015

Victoria’s first project for her BA Photography course at London College of Communications documented a group of council buildings due to be demolished to make way for new high priced luxury flats.  “I found in my extensive searching of the buildings the sprawling of a child’s pencil upon the wall of a closet where there was written “I won’t come back and I mean it,” which became the title of the work that was presented in a series of nine images accompanied by a poem that explores my personal motives for leaving home at 18 and the forceful removal of the mystery tenants from their homes.”

“I documented the things the previous owners left behind. The objects of these homes completely captured me; I became obsessed with them and what they told me about their previous occupiers. The line between the people who once lived there and myself became blurred as I delved deeper and deeper into the fragments of the lives I gathered from forgotten items. I developed a deep feeling of understanding for the previous occupiers forced out of their homes leaving the remains of their past lives behind like the remnants of a tragic evacuation. Through this personal portrayal of the objects left behind I explored themes of melancholia, memory, and the political tensions behind the regeneration of London.”

Tim is an emerging photographic artist born and based in Perth, Western Australia. He is currently completing an undergraduate degree in Photography. His work takes a documentary format, culminating in large-scale projects that explore and expose the human condition through the study of physical and social landscapes.

Tim’s method of photographing is one that is borrowed from the tradition of the great American documentary photographers such as Walker Evans or Robert Adams, in which he assumes the role of the flaneur – the photographs merely acting as evidence of one’s movement throughout the landscape. The use of an old, slow, large format camera brings limits to the compositional of his photographs, which as a result function as the “collection” of places, objects and people, void of any true decisive moment.

“These three images are a part of a larger body I am currently working on, entitled Wellard. The series is a documentary interrogation of the new development area suburb of Wellard amongst the urban sprawl of the City of Perth, Western Australia. The body of work in largely autobiographical, acting as a personal response to my process of moving into the area and my disenchantment with the concept of the ‘private estate’. One of the most prominent themes of the work is the relationship of myself to my mother, who I still live with and who’s dream it was to move to Wellard. As a result, there is a discourse in the work between the idea of the maternal, with regards to growth and comfort, and the idea of The Sublime which manifests itself in the wildness of the natural landscape. The topic of regeneration is one which is entwined is this work, as the process of developing an area is one which could be seen as the regeneration of the area as a societal space. This process, however, is one which requires the killing of nature which is replaced by suburban homogeny, a place of suppression.”

Willie Robb is a photographer, video producer and artist who was born and raised near Perth in Scotland and is now based in Lewes, East Sussex. He graduated from Brighton University in 2008 with a BA(Hons) in Photography and continues to create self-initiated projects using a blend of autobiographical and documentary practice.

“In 2014 #spikegate hit the headlines. The tag was initiated by an introduction of two inch, metal pavement spikes, a radical form of ‘defensive’ or ‘disciplinary’ architecture, at the entrance of flats in Southwark, London. The spikes were eventually removed. I found myself counting homeless individuals in Brighton one year earlier, a city that is also witnessing an unquestionable rise in street sleepers. Constantly looking down led me to notice plants creeping through cracks in the pavement. It felt like a symbolic resistance. Coltsfoot, Buddleia, Dandelion and Nettle interrupted the perfect surface, a reminder that the status quo is never rock solid. Things can change.”