Appearances are bearers of meaning. Our first impressions of a person are concealed within our own imaging process. The tendency to classify into types is almost instinctive; it is a common path towards identification. Portrait photography is its ambiguous medium. Scraping the surface, it destabilises our sense of reality. Because of its supposed guaranty of exact replication of the living reality, it has been established to ‘re-present’ and reveal.

In the 19th century it was considered the best means to classify and identify into types with the use of phrenology and physiognomy, as can be seen in Francis Galton’s composites which merged multiple individuals into one generic image. Photography offers time for the contemplation of subtle details; unlike painting, it isn’t the summary of its subject.

However, along its journey towards contemporary portraiture the notion of representation has become problematic: what is readable only on the surface? To what extent are we learning about the individual portrayed in the instant of an image? Does a portrait truly allow space for genuine presence?

Photography is objective only in its functional aspect but it is somehow weakened in its ability to unite self and subject. Imagery offers fantasy, it can comfort and reassure. Susan Sontag, in her study On Photography (1973), insists on a photograph to be only a ‘narrowly selective transparency’. It is only a part of reality.

The question of projection is key. Posing is an obstacle to the ‘air’ that allows us to recognise the person, as Roland Barthes stated in Camera Lucida (1980). In Portraiture: Facing the Subject, (1997), Joanna Woodall introduces the notion of ‘portraiture’s mimetic mask’, as we are bound to look for the flaw in the surface which will guide us to the true presence. Therefore, the portrait opens itself to interrogation and suggestion more than it delivers a sense of truth or character.

The works of contemporary photographers Rineke Dijkstra, Bettina Von Zwehl, or Marjaana Kella revisit the conventions of portraiture as a genre. Dijkstra’s work is strong in narrative, her subjects enter the camera’s frame to tell a story subtly shaped by the specificity of a moment or action. In the case of Von Zwehl portraiture is treated as a laboratory, as she carries out experiments on her subjects, confronting them with their own vulnerability while the camera witnesses their reaction. 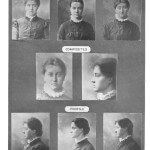 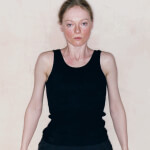 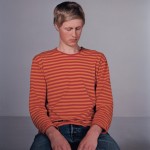 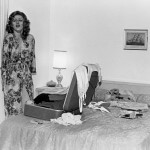 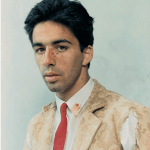 When 19th century French neurologist Jean-Martin Charcot documented hysteria, he proved that the likelihood of the patient performing was increased by the presence of the medical staff. The notion of performance, as an observed state, raises the question of authenticity in the self as it engages with attitude. To disrupt their subjects’ effort at self-representation Von Zwehl, and Dijkstra consider the residual traces of extreme forms of exertion or specific contextual affect, as a bullfighter leaves the arena (Villa Franca di Xira, Portugal, May 8, 1994), a woman just gave birth, or vulnerable subjects lie on the floor holding their breath (Untitled III, No 2, 1999). In Hypnosis (1997-2001), Marjaana Kella scrutinises the suspended moment of her hypnotised subjects (Niclas, Hypnosis, 2001).

Such works invite the viewer to investigate the layers of visibility a subject offers, as the ones represented here face the challenged projection of themselves, necessarily defying the notion of self-consciousness in the moment of being photographed.

The viewer’s examination should therefore remain aware of the body’s performative quality.

Portrait photography can be considered the space for interpretation, its definition relying both on the artist’s intention and its relationship to the viewer’s judgment.

Looking at Thomas Ruff series of passport-like photos our longing to identify is frustrated. The person’s character remains a mystery. The quality of those deadpan portraits remains in the subtle signs of interaction, the way the subjects address the camera.

In the end, the camera doesn’t classify, we do. As spectators we long to read through the subtlety of a face, the grace of gesture, the drama of expression. Portraits fascinate us because of what they could say. Our relationship with portraiture is therefore a subjective and sentimental one. It is easy to understand that more than it renders personality, photography reveals our intimate projections on the surface. We conjure a dialogue, and the desire to relate might in itself be the only possible truth portraiture could deliver.

Céline Bodin is a French photographer. After studying literature and architecture, she graduated from a photography BA at Gobelins, L’école de l’image in Paris. In 2013 she completed a Photography MA at the London College of Communication. As well as regularly writing about photography, her personal practice explores themes of identity, gender, and the metaphysical frustration of the medium in representation.

“Monochrome is abstract art’s exemplary form, and you only find it in cities. You can’t find it in nature.”

It’s following this discovery that British artist David Batchelor set himself a challenge: taking a picture of every white square or rectangle he came across on his walks through various cities.

The result is no less than 500 images, taken from 1997 to 2012 around the globe, from London to Hong Kong via Berlin or Rome, all collected in this exhibition. The central white square is the only constant in this set of pictures, like a common denominator that the photographer’s eye keeps seeking everywhere he wanders.

The images keep interchanging on a multi-screen installation, while all the miniature prints are displayed on a lit table, with notes on when and where they were taken. The countless photographs appear to be a diary of Batchelor’s travels through the years, always looking for the abstract in the urban space.

At first, the white monochromes seem to give the exhibition cohesion and stability, but one soon realises that they are in fact ephemeral. As Batchelor himself points out, a white square is never going to stay white for long in a city: it will most likely get covered by ads, posters or writings. For this reason, the 500 pictures are unique: an abstract photography show not to be missed.

Marina is a freelance journalist and culture writer based in London and an analogue photography enthusiast. She holds a Journalism degree from City University.​

To take in all of Swedish artist Eva Stenram’s works installed at Siobhan Davies Dance Studios, you have to take a pretty comprehensive tour of the seminal dance company’s extraordinary building. Its design fuses original elements of the original Victorian school — with its chipped tiles and bare brick — with the recently added elements of polished concrete, glass walls and taut cables.

The architecture is so immediately attention-grabbing that any practitioner who attempted to outshine it would fall horribly flat. Luckily, Stenram’s pieces — which are hung in corridors, balcony areas and even, yes, a disabled toilet — compliment their surroundings without trying to compete with them. Acting as playful, absurd, and occasionally sinister commentaries on movement and the human form, they rise to the challenge of engaging with a potentially difficult, unconventional set-up.

This is the first time that Parts (2013 – ongoing) has been shown in the UK, and the exhibition showcases six pieces from the series. The artist has taken photographs of pin-up models from the 1960s, digitally erased everything but their legs, and printed the results onto fibre-based paper.

Stockinged and stilletoed, the single limbs are left leaning on a modernist sofa; loitering awkwardly on an enormous bed; or lying on a shag pile carpet in a Hitchcockian, wood-panelled room.

These images have more than an echo of the surrealist photographer Hans Bellmer, though they are marginally more humorous and certainly less perverse. Any eroticism that the originals 60s pin-ups may have contained is entirely diffused by the silly helplessness of a lone, racy leg still trying — and failing — to be seductive.

In Sternam’s world, a body part out of context becomes highly charged or just plain comical. In Arrangement (after Irving Klaw) (2015), installed outside one of the first floor rehearsal studios, three photographs are reframed by a passe-partout. You have to really peer in – peeping tom style – to see a flexed hand, beautifully-turned shin, or another one of those silly legs, this time clad in a clunky court shoe.

It feels like the artist is exposing the deep un-sexiness that can result from trying too hard to be sexy. In this way he highlights the fine line between looking sexually appealing and just, well, a bit pathetic.

Hold (2015) takes us on a destabilising tour of a single image using a series of slides shown on an archaic projector. In slow-mo, the work deliberately maps the process of looking at a pin-up photograph and so can be read as a meditation on the voyeuristic nature of looking. Score for A Sequence of Poses (2015) – a series of smaller photographs featuring more isolated, female limbs – makes a much heavier reference to choreographed movement. Described as ‘photographic scores’, they border on the filmic and the choice of an office-style, grey pinboard lends them a sense of a work in progress.

The pieces that operate most successfully here (works like the Parts series) utilise contemporary technologies to ask questions of historical material – just like the building that contains them.

ena Haimes is a freelance arts and culture writer based in London. She studied at Goldsmiths College and the University of the West of England, and contributes to a range of publications as well as writing a visual arts blog.

Curated by Alona Pardo and Elias Redstone, the exhibition comprises the work of 18 prominent artists working from the 1930s up until the present day. The show commences with the work of Berenice Abbott who documented the rapid growth of Manhattan and its surrounding areas from 1935 to 1939. The striking juxtaposition of modern skyscrapers and classical buildings is shown off to great effect.

Around the same time Abbott shot these images, Walker Evans was embarking on his documentation of the Great American Depression for the Farm Security Administration. Evans’ work tells of the poverty-stricken families and individuals affected by the crisis and how the Depression manifested in the landscape of the times.

After the WWII, architecture began to draw inspiration from modern structures, furniture and lifestyle. The work of Julius Shulman clearly captured this trend in the works he published in Arts and Architecture magazine during the 50s and 60s. It is also worth mentioning the exhaustive documentation of Le Courbusier’s architectural project Chandigarh, India, by Lucien Hervé during the same period.

By the end of the 60s and throughout the 70s, photographers such as Ed Ruscha, Stephen Shore, Thomas Struth and the Bechers turned their cameras to the suburban, the industrial and the everyday. Perhaps influenced by the work of Walker Evans and Eugène Atget, these photographers focused on the banal as a means of representing cultural, economic and social values.

Form, light and shadow took on an elevated importance in the years that would follow for photographers such as Luigi Ghirri, Hélène Binet, Hiroshi Sugimoto and Luisa Lambri.

Large photographic prints dominate the show and invite the viewer to both indulge in minute detail as well as to step back and take in the entire image. If the show can be criticised on one point, it is that the space given for Kanders work is insufficient in size to show his work to its best advantage. Yet overall, this is a beautifully curated, first-class exhibition and well worth a visit.

The exhibition runs until 11 January 2015

Cristina Calvo (b. 1982) is a visual artist based in London. She holds a degree from University of Westminster where she is teaching a short course in photography. Part of Cristina’s photographic practice is related to the analysis of the urban environment through the architecture and social behaviour. Her work In Out and Around was select for PHE13 in Madrid. In her more recent work Cristina explores trauma, identity and disease.