After premiering his latest short film ‘Bromance’ on NOWNESS, a video channel showcasing contemporary culture through film, Miriam Otterbeck meets the Swedish artist Bertil Nilsson to discuss modern male relationships and how he employs varied mediums to explore movement and the human form.

M.O.: Always connected, the young male acrobats in Bromance seem to be very close to each other. Is the film analysing the line between their romance and friendship?

B.N.: No, the film is not about defining ‘bromance’. I am trying to show, through physical movement, the depth and complexity of modern relationships between men.

Guys don’t normally express friendship by holding hands. However, there’s an interesting parallel in hand-to-hand acrobatics, where holding hands is an essential part of the movement and also embodies the very act of trusting and relying on one another.

M.O.: Many know you as photographer, but this latest project Bromance is a short film. How did you get into filmmaking?

B.N.: Originally, when I came to London in 2004, I wanted to work in film production. Then, almost by chance, I ended up getting more involved in photography through photographing circus performers. I have always been interested in filmmaking and working with physical movement.

I started experimenting with moving images making small experimental films and now I have gotten to a point where I feel ready to explore more traditional methods of filmmaking, exploring how dance and circus can be used and understood in that context.

M.O.: How do your films relate to your photography? Are there any intersections?

B.N.: Of course there’s the visual aspect of exploring the moving body that connects them. But film as a medium is more directly oriented around narrative.

I think it’s really fascinating to explore how the themes of my work can be used or explored in the context of film in contrast with the more conceptual nature of my photography. Specifically for me, I think there’s a really fascinating tension in stills when you capture movement, how you represent or present the energy of feeling of movement in a single image. In moving images, it’s straightforward to capture and represent a moving body.

M.O.: Do certain projects work better as stills and others better as moving images?

B.N.: The themes and subjects are similar across my work, but I don’t find myself wondering whether a certain idea would work better in a particular medium because I think the medium is already an important part of how I think about the original idea.

With stills I tend to work in long or medium term project, a single image or session, is part of a longer and larger body of work that evolves slowly over time. With the short films I’m currently making, there’s a more intense process of production resulting in a single piece of work.

M.O.: Some of your work has been made using laser projections or has been printed on mirrors. How do you try to integrate new technologies into your projects?

Having a background in technology, I’m very keen to explore more ideas around using technology. I’m always interested in experimenting and trying new things and today I think many artists are using technology in incredibly interesting ways.

Bromance premiered exclusively on NOWNESS as part of the Modern Love: Romance in the 12st Century series and is now available to watch on Bertil Nilsson’s website.

You can find more of his photography and films here – www.bertil.uk. 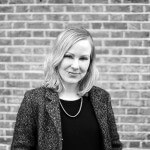 Miriam Otterbeck is the Deputy Editor of LPD.