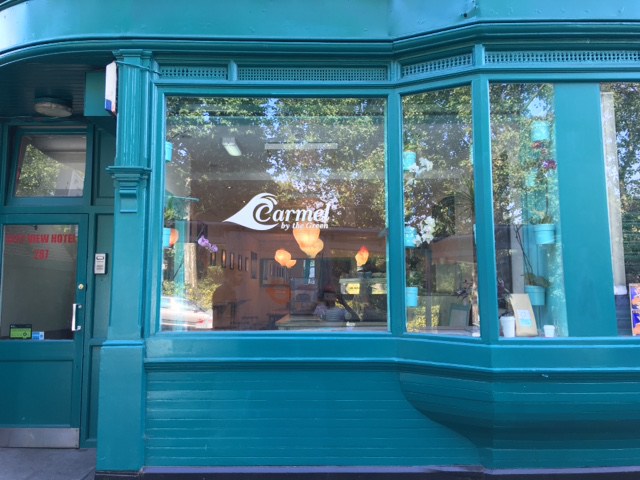 Carmel by the Green is pleased to announce its fourth exhibition in its exciting season of shows, this time curated by the Berlin Photography Diary team, who will produce the first exhibition of 2017. The Berlin group have been inspired to explore the fertile theme of “Rhetorics of Resentment”, and how such rhetoric appears in, or interacts with, visual mass-media culture.

“Rhetorics of Resentment” have been increasingly prevalent over the last decade, filtering down from the anti-migrant sentiment of politicians such as Donald Drumpf, to the increased intolerance of factions of the public and expressed in the reported rise of xenophobic incidents.  This kind of rhetoric has been evidenced in a range of mass-media streams; whether the vitriol of the tabloid press, the fear-mongering of broadcast news, or the highly-charged arena of social media.  Britain’s exit from the European Union earlier this year was the ostensible result of the media’s persistent employment of toxic and divisive language in relation to immigration.  The recurrent invocation of words such as “invasion” and “swarm”, and the frequent depiction of migrants in dehumanising imagery, helped  to stir up resentment and fear not only in the UK but across Europe and North America too; the threat of submersion by some faceless “other” driving elements of the public into a state of anxious self-preservation.

This is not the expression of a new symptom by an old disease however: as far back as 1938, the Daily Mail were using the same imagery to depict German Jews as “pouring” into the United Kingdom, further stigmatising a population trying to escape an increasingly bitter anti-Semitic mood in Germany.  And so “Rhetorics of Resentment” persist in our contemporary times; organised around a binary of “us” and “them” facilitated by language, and founded on a sense of threat, they result in the hate speech of extremism and the far right.

In response to this topic, we are seeking international submissions that can engage with it in exciting and unusual ways.  As always we welcome a wide-range of approaches, including but not limited to documentary photography, multi-media and conceptual work.  Areas to be explored could be the dynamic between the written word and the visual mode, between language and imagery.  Taking this relationship further, one could interrogate the power play that makes such a “hegemony of hate” possible: investigating how language is used by a particular ruling group or class to produce a particular view of the world (termed Weltanschauung by the philosopher Immanuel Kant) that actively shapes our perceptions and opinions.

Selected works will be exhibited at Carmel by the Green in East London between 23 February  and 23 April 2017.  All submissions must be received by January 16th to be eligible for consideration.